In case if you don't know it, it's a deck that used Dragon's Sign, Heaven's Rosia and Reddull to revolution change into Miradante Twelve and also possibly use Heaven's Heaven/Neverlast as a finisher.

Secondly, it's really passive and while stopping attacks will work in real life because you do not see Magnums (All 3 kinds, Allshot, Fast Attack and Shortshot) running around but in TCO it does and it's also literally infested with Ramps or discard. Have to run Arcadia Spark, Super Eternal Spark and Miraculous Snare. It also does not spam as well as the other Mira12 decks as well, usually i end up with 3 or so blockers and a Neverlast when winning.

However it's very good at stalling attacks with Memento Guardian Shrine and Kernel and it can outstall many of the TCO hard rushes without Oriotis or Magnum. Memento Guardian Shrine also helps Dragsolution Neverlast and allows your creatures to beat back Oriotis which does not attack as well as get around walls of blockers. And of course it's also fun to use as well.

These are the following things it can deal with;

These are the things it cannot deal with;

The following is the Rosia Twelve i used; 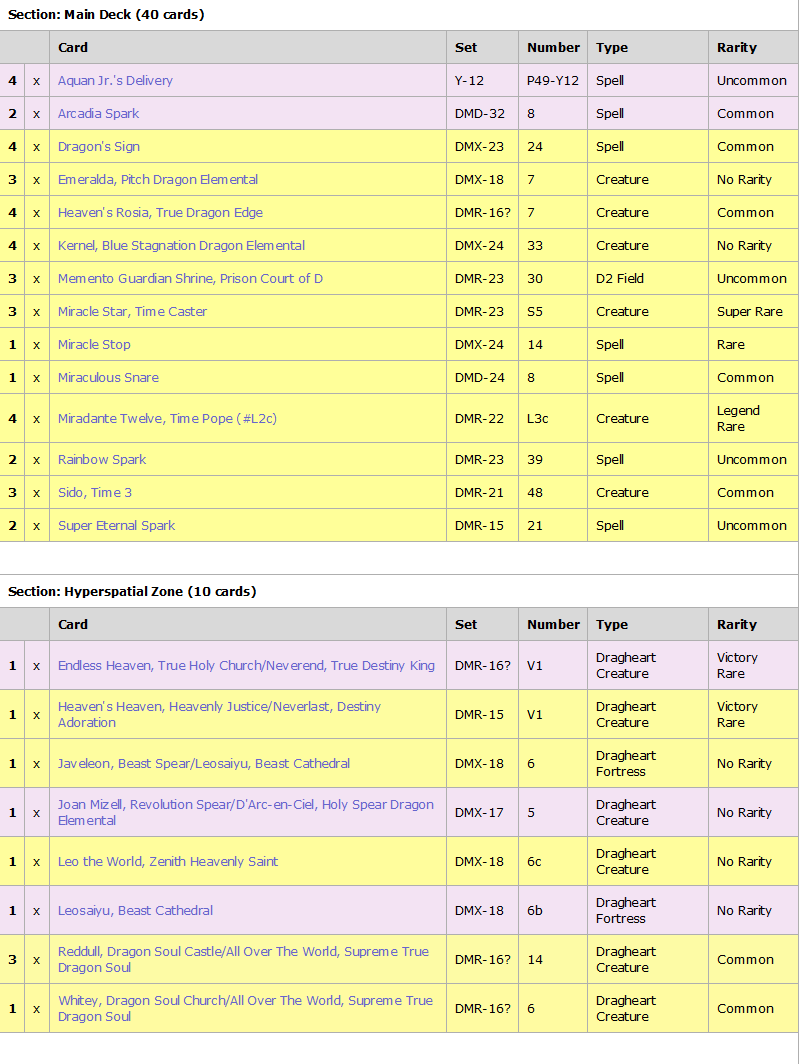 » Miracle Miradante is so annoying