Hi today I'd like to share with you a rather standard deck, but with the addition of an underused card - LWN Vreemah Aggro Deck. 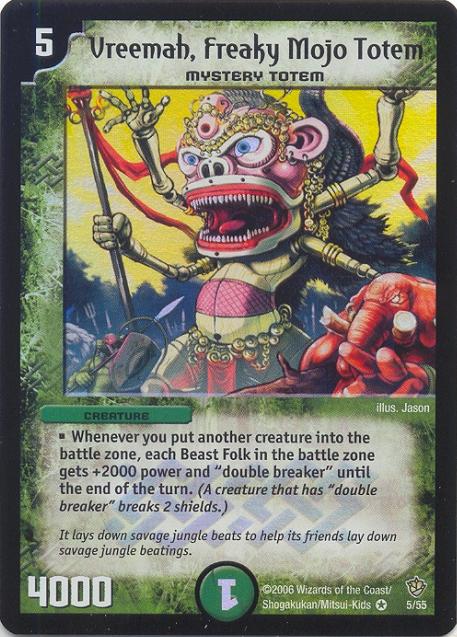 The effect is as stated in the picture. It obviously works best in a deck full of beast folks. There are several things to note with this card:
- its effect could raise the power of your opponent's beast folks too
- if you summon it in the 5th turn, basically you have to wait one turn later for its effect to activate. This is rather slow, and more importantly it might get destroyed by whatever removal cards in your opponent hands without you activating its effect if you wait a turn, so perhaps it's better that you couple this card with soulswap plus another 2 or 3 drop such that you soulswap the totem out on the field, followed by summoning creatures. This way you can activate its effect in the same turn, but you might also lose the momentum by soulswaping the creature that can supposedly attack your opponent that turn;
- or alternatively, you can summon the totem followed by another 2 or 3 drop within the same turn when you have enough mana, with skysword and BAT, it's not impossible to do so
- the power raise is lost when it's your opponent's turn, leaving your beast folks rather vulnerable to counter-attack after breaking shields with Vreemah's effect 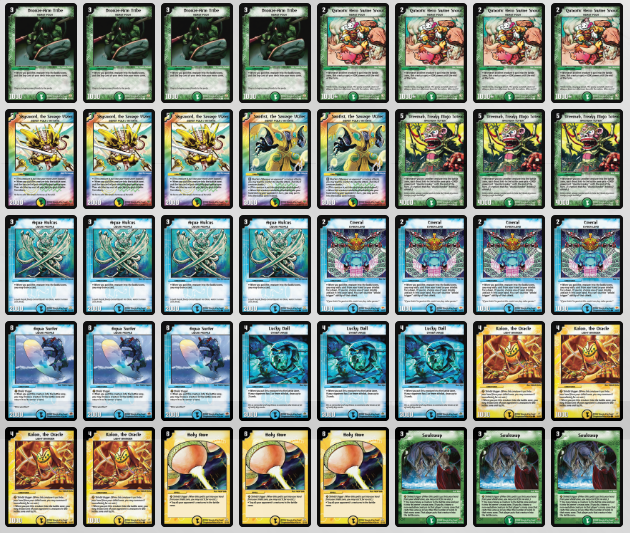 Leave your comments below if you have any thoughts