[OCG] Troll Deck [I DID NOT INVENT IT]

[OCG] Troll Deck [I DID NOT INVENT IT]

DISCLAIMER: This is not invented by me. It actually came from a dmvault winnerdeck and was netdecked by madromanoff and me. The original deck is Here (Japanese).

The deck contents are of the following; 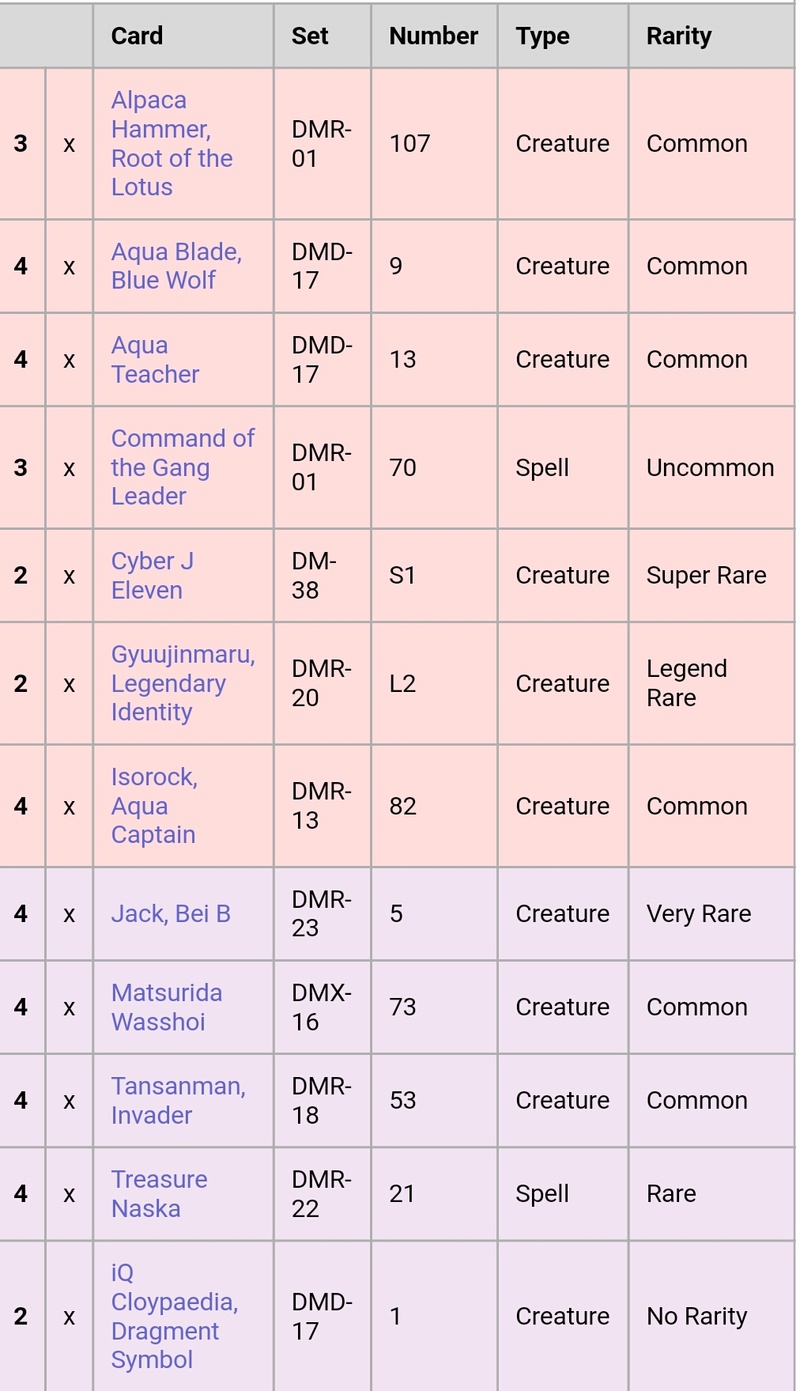 And the operation of the deck is of the following;

Ideally you can win in the 3rd or 4th turn, but if your opponent removes and discards you it could take longer. If both J Elevens are in your shields you can use Gyuujinmaru to break shields.

Against Oriotis use Gyuujinmaru to shuffle it back. Remember the effect still activates even when Oriotis forces Gyuujinmaru into deck bottom. There's no real way to counter yadoc however because it uses the instead keyword, thankfully it's rarely seen.

Also VAN will force you to restart and remove it with Gyuujinmaru and if you see Dorago you are dead. It's also very weak to Mega Magma Dragons but it is not common on tco.

It's at its best when it comes to slower decks without discard since it does not break shields and acts quick enough before they can do anything. It's also good against swarms since if opponent has 6 or more creatures Gyuujinmaru will give you an instant win.

Also, watch out drawing with Aqua Teacher as you can deck out.

At last, Have Fun!
DarknessPony

Pray you don't run into Rose Castles and Funks and you'll be happy.
Mr-ex777

DarknessPony wrote:Pray you don't run into Rose Castles and Funks and you'll be happy.