Description
Well, tbh, this deck was first meant as a fun deck and as a pendant to my 48 card Kaijudo deck which plays exact the same colors, so a control deck without black for discard and grave receycle. So I tried to build a DM control deck excluding Darkness and focus on the defense in the early game (Yuliana as a good and strong blocker against rush, fire removal and Skysword to add shields again and ramp mana), Sanfist and Delacerna as handguards against other control decks like RUB and at the same time controlling the opp with Forbos / Phal and the spell mafia or with the bigger ones like FDF, Craze, Bolly or Bazagazeal. Mana ramp is important in this deck to gain as fast as possible the lead to play the bigger ones or to cycle through the mana or the deck. The draw is secured by the usual suspects (Stream, Hulcus, Magris and Mist Rias). Crystal Memory is one of the most important cards in this deck to get every single card I need anytime. Soulswap for myself ofc and as a second removal spell as a defense. Last but not least there is a Rebirth in the deck because of the many targets from 3 to 6 mana I could summon straight out this deck.

Thoughts
I tested it a lot during the last weeks and tried to cut it down to maybe 47 or 48 cards, but I couldn’t find any card I could kick out of this deck. This deck is well balanced between the four civs and the amount of multi cards isn’t high too. From match to match I throw in some new techs like a Craze or added a second Mist Rias but I really like it as it is atm and it works really well (the Craze stayed in the deck because there are enough baits like Skysword, Sanfist and Magris and it’s a good option to get rid of midgame creatures – the second Mist Rias was kicked out because I have enough draw and I preferred a second Corile instead. 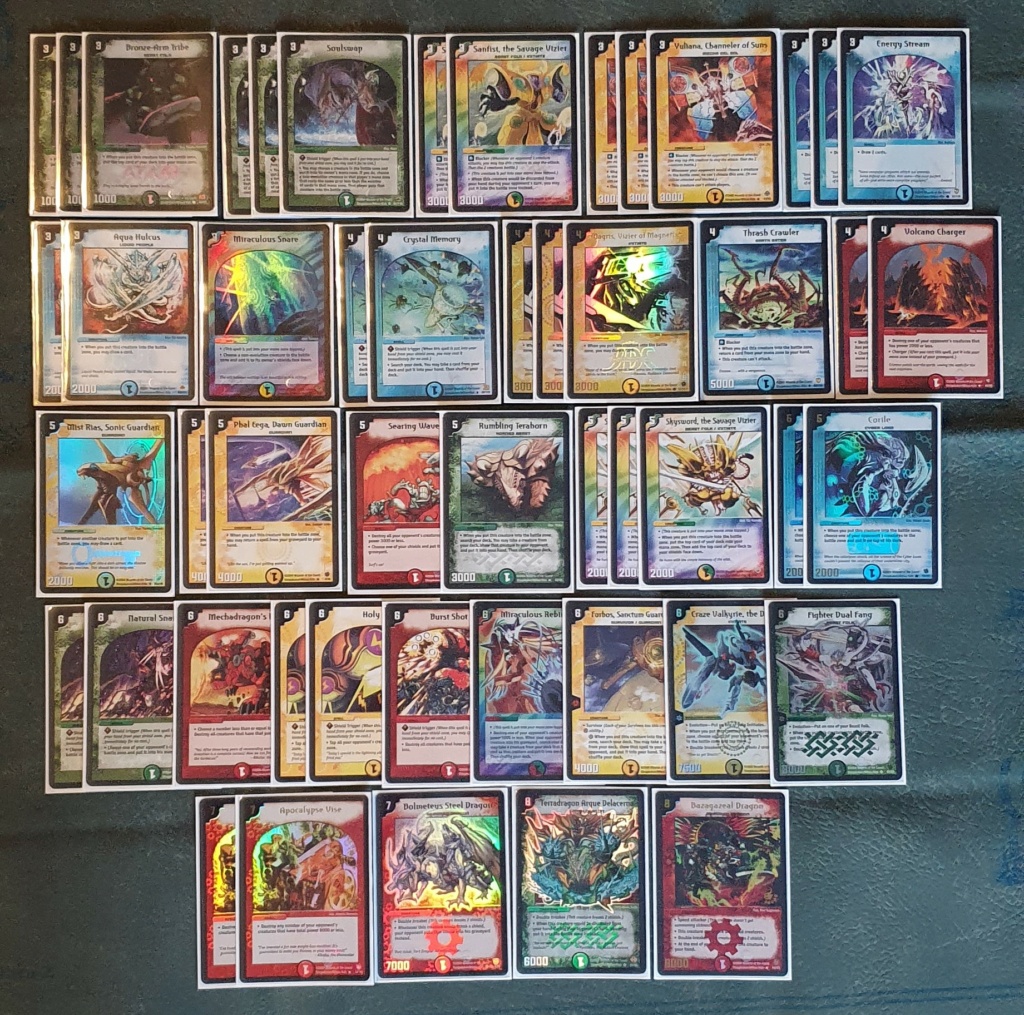