Having a lot of time during the last Corona-months, our german community had some small meetings and many online games and tournaments including the last two IDCs we organaized (thanks to @Halfar for taking the lead in the organization!). During this time I rebuilt nearly all my decks and brought them (back) into shape.

Description
My absolute favorite deck based on my favorite card. The light section is mainly used for the defense with Sol Galla and Pala Olesis and for the draw with Magris and Mist Rias. Fire mainly to kill creatures and mana to swap and ramp mana. The goal is to use Rebirth as often as possible to get rid of enemy creatures and spam your own field with useful- or CIP-creatures. The most common cards are played are level 5, so there are a lot of targets for Rebirth like Phal, Skysword, Terahorn, Mist Rias and Glena Vuele. The most common level 4 cards are Magris, Loco and Thrash Crawler so the targets aren’t that much in that deck. By killing a Hulcus or BAT you can summon another BAT or Pala Olesis with Rebirth.
Glena Vuele! An absolute must play card in this deck. There are many baits (Sol Galla, Pala Olesis, Mist Rias, Phal and Forbos) and Rebirth can summon evo creatures too, so you can summon that big Guardian evo straight from your deck to kill creatures like Ailzonius, stay unreachable for Bazagazeal and can trade with Bluum. Finally you could get more shields if your opp tries to use triggers.

Thoughts
First, I switched the second Kolon for one Nariel to slow down aggro decks by interrupting their big creatures. As long Pala Olesis is on the field, Nariel goes up to 3k, which makes it way more difficult to get rid of it. It’s a funny tech and could make a lot of trouble for decks which are unable to kill it.
I played a very long time (as you can see in some matches on Youtube or on the deck build on Instagram) one Corile and one Photocide instead of the second and third Skysword, but those two creatures were very clunky and only playable with Swap or Rebirth. So I cutted both and threw in two more Skyswords to shine against rush or aggro decks and ramp mana way faster.
Yes, there could be a place for one or two Pyrofighter, but this deck isn’t meant to played as a aggro deck but more as a control-combo-type gaining control via Rebirth and summon straight from the deck. The possibility to kill a creature to summon Pyrofighter with Rebirth and get a good advantage like swing for game are very low, so I kicked him to cut the deck down to 44 cards. 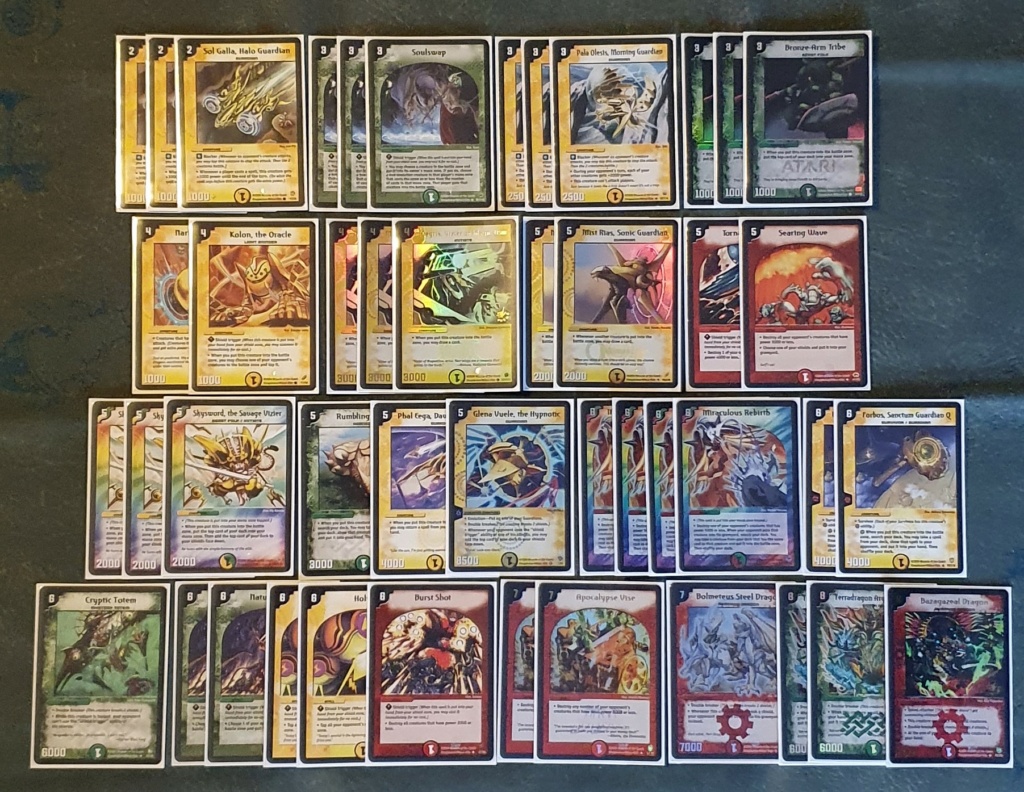