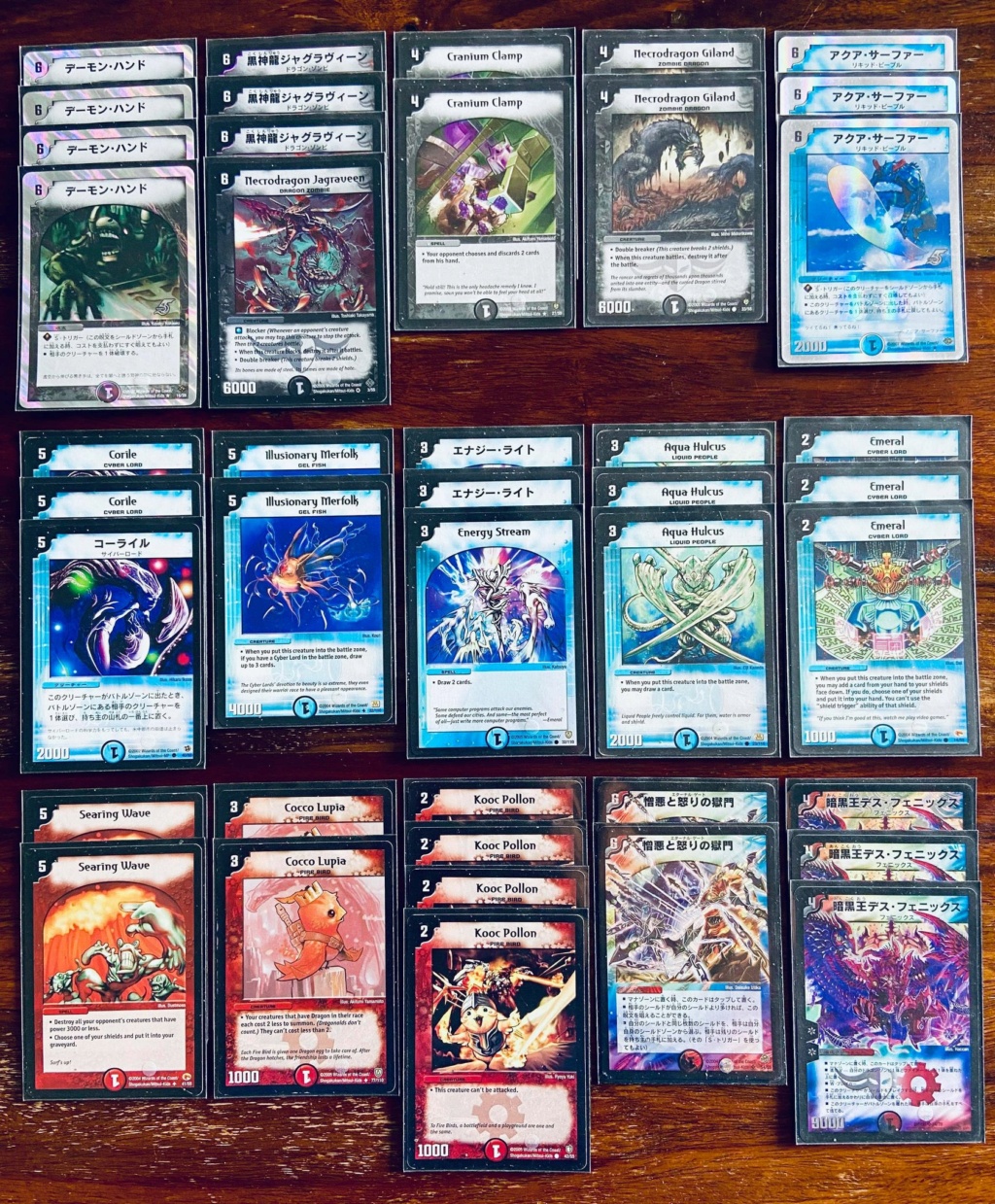 So time for another serious shot at making a decent Death Phoenix deck! I have been working on this for a few days now, testing against a bunch of different decks and making changes and adjustments along the way. The last time i tried building a Death Phoenix deck it didnt really work out very well. But considering how good Death Phoenix is when it hits the board, on top of having (in my opinion) one of the coolest artworks in the game, i just have to keep trying.

Death Phoenix itself is just such a suuuuupercool card, with two devastating effects that make a huge impact on the game whenever it is summoned. Its an even bigger Bolmeteus with speed attacker, that can safely swing at your opponent's shields, with absolutely zero fear of giving your opponent triggers or extra cards. So basicly it is a card he is gonna want to deal with asap when it comes out, but if he does he will also lose any advantage or plans he had, as his entire hand will be discarded as soon as Phoenix is killed or even bounced. So of the 5 vortex evolutions in the game, i would say that Death Phoenix is the best of them when he hits the board. Sure Wise Starnoid is the actual best one of them, due to having insanely good bait cards and just better support surrounding him, as well as the shield effect which is just extremely good. But when actually summoned i would say that Death Phoenix will make the heaviest impact on a game.

However despite how good Death Phoenix actually is, it is still hard to get it to work well in a deck, simply because its bait cards stink. The fire birds are okay, as you can play Cocco Lupia, Gigappi Ponto and Kooc Pollon. The zombie dragons however are both very mediocre at best. Jagraveen has 6000 power and double breaker, but the fact that he is a blocker is kind of irrelevant, as he dies when he blocks, which is counterproductive to do considering he is only there as bait for Phoenix. And he costs 6 mana, which means Phoenix doesnt come out until turn 7, unless you have Lupia on the field. Then there is Necrodragon Giland, which is another very mediocre card. Costing 4 mana is nice if you actually have him on turn 4 and can play Phoenix on 5, but other than that he just sucks. He dies when battling anything, and he has no cool effect or anything.

Above you can see what the deck looks like right now, and its definitely not finished! It actually did pretty well against control now, and it ended up winning every time i managed to summon Death Phoenix, and also sometimes with Meltdown. I went 6-4 against my Marino control, 4-2 against Phal Control and 4-4 against my Gladiator deck. However against my more aggresive decks like Hydrooze, FN Rush, FN dragons and Starnoid it did poorly. I originally had x2 Gigappi Ponto in the deck, as well as x4 Cocco Lupia, but i ended up cutting the Gigappis and 2 of the Lupias for 4 Kooc Pollons, as my birds kept getting tapped and/or attacked before i could play Phoenix. Kooc stays on the field until he gets killed by removal, which makes him very sturdy as Death Phoenix bait. So right now i have 4 Kooc Pollons and only 2 Lupias. I really want to have 4 of both, but it is just sooo hard to find room for things in this deck. Im already at 42 cards, after even cutting down Corile and Surfer from 4 to 3. I only have 6 fire birds and 6 zombie dragons now, but 6 of each has actually been sufficient so far due to the amount of draw power i have. The problems this deck has had so far, is the fact that it cant deal with early aggression very well, and being very vulnerable to discard. I still need to adjust it more to be able to deal with rush and aggro, but the discard weakness i have kind of solved with adding Emeral and Illusionary Merfolk in the deck, giving me that extra draw and hand manipulation. This lets me come back a lot easier after being Clamped etc. I do miss Gigappi Ponto and its 4000 power though, as that was nice to have against aggro early on, so i do wish i had room for him still. I will continue to work on this deck, and playtest it more, and then i will upload new pictures of it when i come up with improvements.

In the meantime i would like to hear what you guys think of the deck, and the concept as a whole. Im also considering trying it out with Nature instead of Water. That means i lose the drawpower yes, but it gives me access to some amazing cards like Miraculous Rebirth, Rumbling Terahorn, Soulswap etc which could help getting me in position to play Phoenix more easely, as well as providing card advantage.
« View previous topic · View next topic »

» (TCG) Death Phoenix Avatar of Doom - Can we make this card work?
» Looking for English death pheonix
» Ballom, Master of Death: A card in review