Hey Guys i will show you one of my favorite Decks.
It is so awesome, i love it !

This Deck is so extremely fast that most decks cant handle/defend this pressure.
I would say its the perfect Anti-Control Deck and can have a huge effect on the local Meta.

The biggest Problem are Wise Starnoid Decks because of Surfer, Kolon, Tajimal and a lot of other Blockers and Wise Starnoid itself

Edit: Sometimes i also play Barkwhip or Muscle Charger instead of Torcon.
Muscle Charger can be awesome in combo with Sniper Mosquito 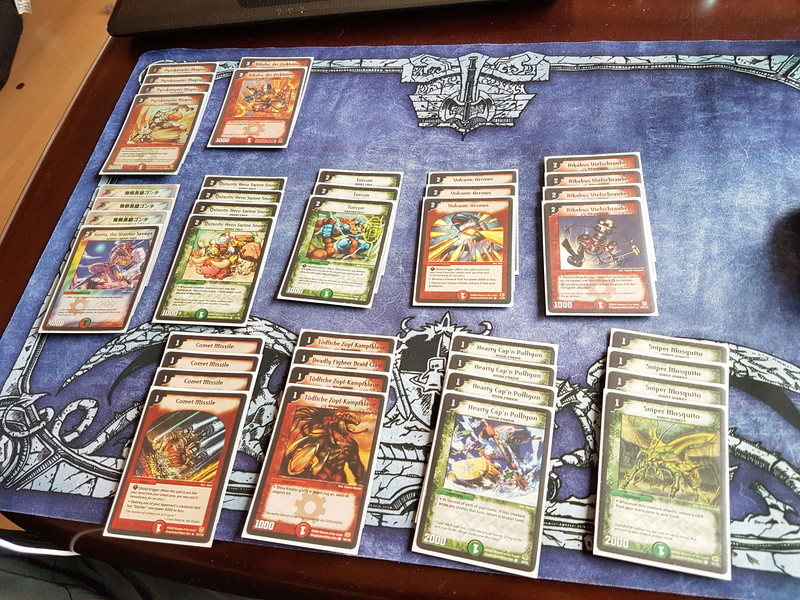