(TCG) Death Phoenix Avatar of Doom - Can we make this card work?

(TCG) Death Phoenix Avatar of Doom - Can we make this card work?

After playing this game for many years, trying out all kinds of different decks, i startet to think about decks that i haven't tried. The first card that came to mind was Death Phoenix Avatar of Doom. I have never owned any copies of this card before, but then i ordered 2 copies of it recently. Easely being one of the coolest looking cards in the game, i really felt the urge to make a deck with it. But it has to be a deck that can battle with the top tier decks, if thats even possible. So im making this thread, in case any of you out there have tried any builds with this card that have worked.

If we look at Death Phoenix itself, it has to be somewhat decent right? A 4 mana creature with 9000 power, as well as having the same effect as Bolmeteus, and being a Lost Soul when leaving the battle zone. No doubt that its a great card once it hits the field. It might not be on the same level as its vortex evolution brother Wise Starnoid, but there should be a way to make it atleast work to some degree. But there is a couple of big issues here:

The card requires a zombie dragon as bait, as well as the fire bird to evolve. This is the real problem, as we really dont have many good zombie dragons in tcg. There is Giland and Jagraveen, and all the others are just bad. Giland is fine despite its suicidal effect. Its cheap and can double break if it has to. Jagraveen is kind of like a large Bloody Squito, that can also Double Break. But the fact that it costs 2 more mana than Death Phoenix, makes it kind of slow as evo bait.

For the fire bird baits it is a lot easier. A playset of Gigappi Ponto and Kooc Pollon is about what you need. You could also add Cocco Lupia and/or Totto Pipicchi depending on your build.

So despite these flaws, i do see potential in Death Phoenix itself. The bait it requires doesn't exactly produce the most consistent decks, and i kind of feel like you need to add water to get that extra defense, draw power and consistency that you need for the deck to have a chance. These decks have very little defensive capabilities as well, so im thinking about Miraculous Meltdown as well, as a backup plan for the deck. I still havent come up with a final build, but im testing as we speak. But maybe im thinking in the wrong direction. Maybe a FDW control deck is a better build for Death Phoenix, with less focus on the bait, and more focus on draw power and setup. I was thinking it would be best to go all out with the bait, and try to summon Death Phoenix as quick as possible. But maybe im wrong. If any of you have had any success with this card, i would love to see some decklists. I will continue to test out different builds, and i will be sure to make a post and let you guys know, if i manage to come up with something that works!
Bronze-Arm Sloth

Seems you have no idea how good Giland or Zalva can become.
Also there are many great and working Death Phoenix decks, that don't even need fine tuning anymore.

I use Kooc and Lupia, because you can get Lupia in Turn 3, and turn 4 Giland, Turn 5 for Phoenix, without any mana acceleration.
Gigappi isnt really needed.
Would only run the deck with water because you need draw, probably some coriles too.
LordSommerhill

Nope i dont have any idea haha, cause i have never tried these guys in a deck before. Im working on a decklist now, and i will post it when its finished, so you can have a look.
ELTP

I have a Death Phoenix / Bajula deck and honestly I have to say that it's rather hand card demanding from the get go and any kind of disturbance (discarding, removal) can quite easily lose a game for you since you can't really get Death Phoenix in the battle zone anymore despite using Morbid Medicine for creature revival.

Maybe water could help on this. So possibly including Aqua Hulcus (pressure on the battle zone without losing hand cards) and Energy Stream, Corile and Maybe Aqua Surfer, at least.
_________________
The world changes, I change - My passion for Duel Masters persists.
Duel Masters Finland - The Finnish Duel Masters Community
Bronze-Arm Sloth

Here is my really old version i have updated it a lot since back then, maybe it helps you 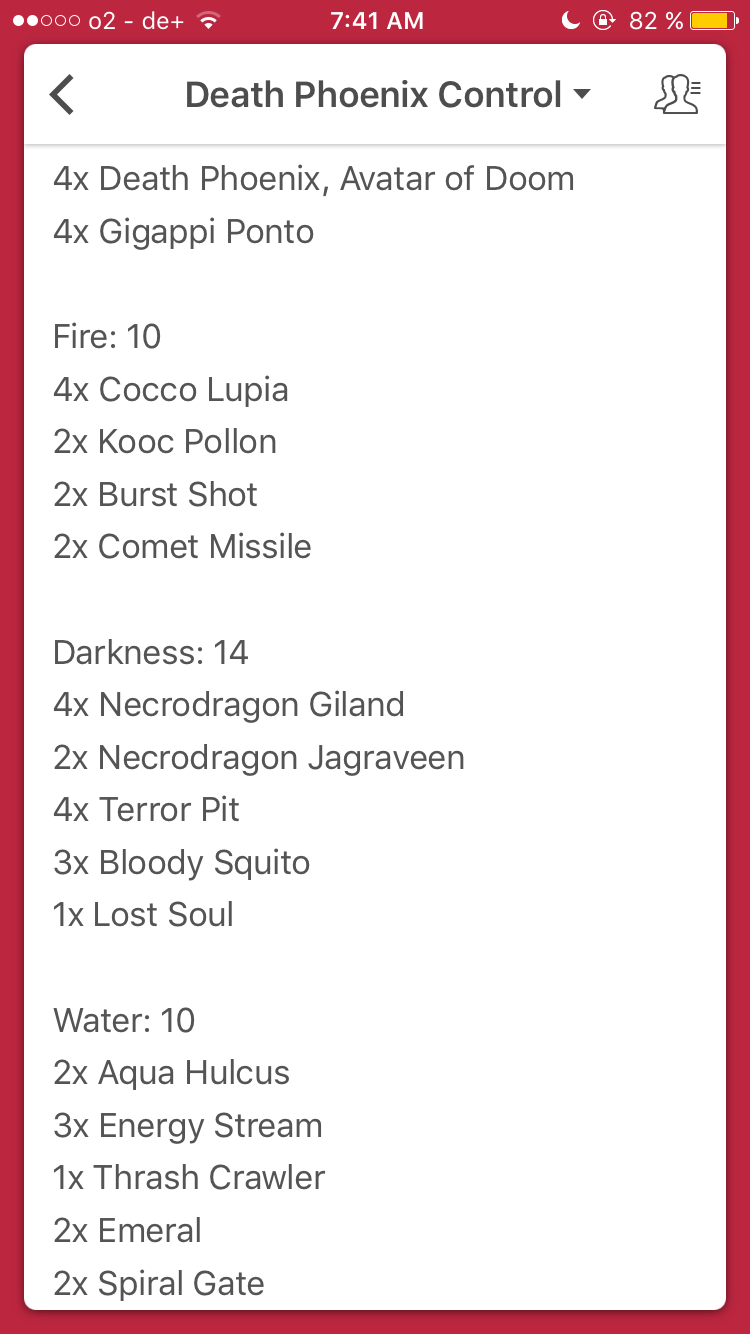 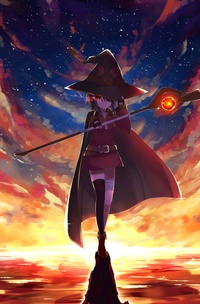 The idea truely is interesting

I also made attempts to fit this lovely card in a proper deck, but the result was often a weaker version of FDW with a more complex Bolmeteus. I think the core problem is neither the Dragon Zombies nor the Fire Birds are that powerful races. Giland basically carries his race on his shoulders cause of his Squito identited big brother (which would be a better card if it didn't die by blocking a Braid Claw) but at least they don't give a card draw to my opponent.

Gigappi and Pollon are solid cards, and Cocco Lupia is not really viable with the mentioned great dragon race. The Deck would also be weak aginst discard and early removals, not to mention it needs an extra civilization just for card drawing.

Although, it's really fun to summon that beast!
LordSommerhill

Yeah water is needed in this deck for sure. However it ultimately ends up as a weaker RUB Control deck, that is more prone to discard and early removal. It works really well when it manages to execute its gameplan, but this often proves to be quite difficult. Im still working on this subject, but here is the decklist i have as of right now:

The deck works to a degree, but it really struggles against control decks and rush. Im trying to find room for 2 Cranium Clamps as well, to deal more with control.
Miraculous Meltdown may seem as an odd choice in a deck like this, but it has ironically ended up as being this decks best way of winning games against bad matchups. It summons a lot of creatures, and if your opponent breaks me down too recklessly, they could quickly find themselves losing all of a sudden, due to Meltdown. It is not the main focus of the deck, but it is a great backup to have, since getting Phoenix out is not always the easiest task.
Sponsored content