What was your worst duel experience?

What was your worst duel experience?

My worst duel experience is when one day i was dueling a Katsuking Jr. Deck with a MaltNEXT Dormageddon. When i thought i was winning the opponent pulled out THREE Miracle Miradantes and TWO Bolshack Dogiragons and pulled out 4 of them and it has directly caused my loss inspite i had locked all of the opponent's mana using manalock.

Another time i was dueling somebody with a Giovanni Squall deck with Deadzone when i was in a really really bad mood (And i don't know it was a Giovanni Squall beforehand but the deck is called "Collapsed Ramp" so it should give it away.) and i was literally locked and i asked if the guy wants to abort duel, he said, "Yes" only to have his friend resolve the duel and give me the -6 because he was ordered to resolve the most recent match (The match that he wanted to resolve about me was declared a draw by my friend.) and later on the guy admitted it was a mistake after i talked to him in facebook chat.

What was your worst duel experiences? Discuss. I am not whining, i just needed a conversation. 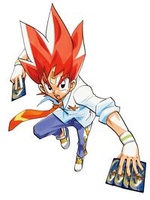 Re: What was your worst duel experience?

My worst experience was when I was testing one hunter based deck, my opponent was running some deck that sent my field to the shields as well as my hand to shields. Then he covered the field in giant blockers. Then he didn't attack.
He had gone first and because of that he just waited for me to naturally deck out. It was the worst experience for me ever.
« View previous topic · View next topic »