Sinners do not deserve salvation.


The following is the All Delete deck that i used on tco. Of course i won't be able to build it irl but it's nice to use on TCO and works pretty well. 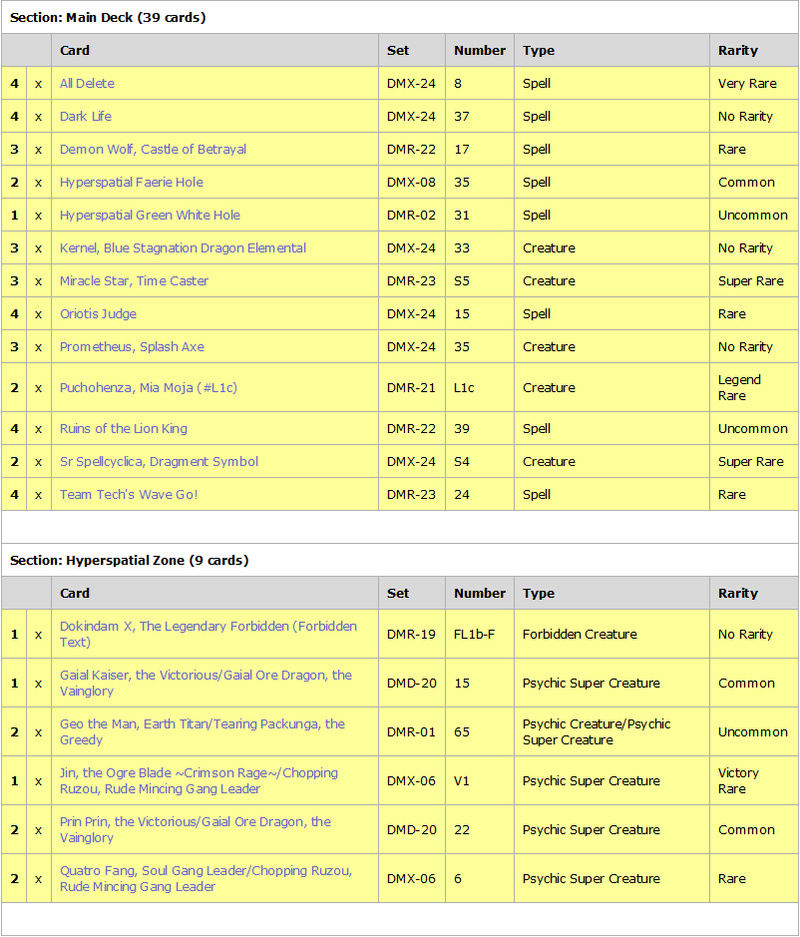 Basic strategy is to ramp enough mana using mana boost spells like Dark Life, ruins of the lion king and hyperspatial faerie hole until we reach 11 mana and use all delete to remove all of Dokindam X's seals as well as the opponent's creatures in the battle zone, his hand and shields, leaving him defenseless to a dokindam X direct attack.  However, we need a few options to deal with threats.

As an additional note, i haven't tested it against Dokindam X yet, since i haven't saw a deck that uses it yet. (Most of the time since they are redzones or phoenix ninpo maltnexts now i could very likely die.)

Fell free to rate and comment about this deck.
« View previous topic · View next topic »

» Dokindam X Deck
» My version of all delete Doki